Is a USB Bitcoin Miner Profitable?

Bitcoin mining can be a lucrative activity. Even though many professional businesses have gotten into mining, there are still numerous individuals involved in the industry, or looking to be.

Individuals sometimes think that mining at home is their only option. This is not true; the advent of hosted mining has made mining accessible to anyone, even if they lack the technical expertise.

One of the drawbacks of mining at home is the amount of noise a modern mining rig generates: between 40 and 85 decibels, comparable to most vacuum cleaners. This is not suitable for a living area given that miners ideally operate 24/7, so naturally people get creative and look for other solutions, such as the sometimes discussed USB miner.

What are the benefits and drawbacks of USB miners? Are they worth buying and can they make a profit?

What Is a USB Bitcoin Miner?

A USB Bitcoin Miner is a small device that can be plugged into the USB port of a PC or laptop to mine Bitcoin. It is possible to plug multiple USB miners into a USB hub to boost the collective mining power of the computer. 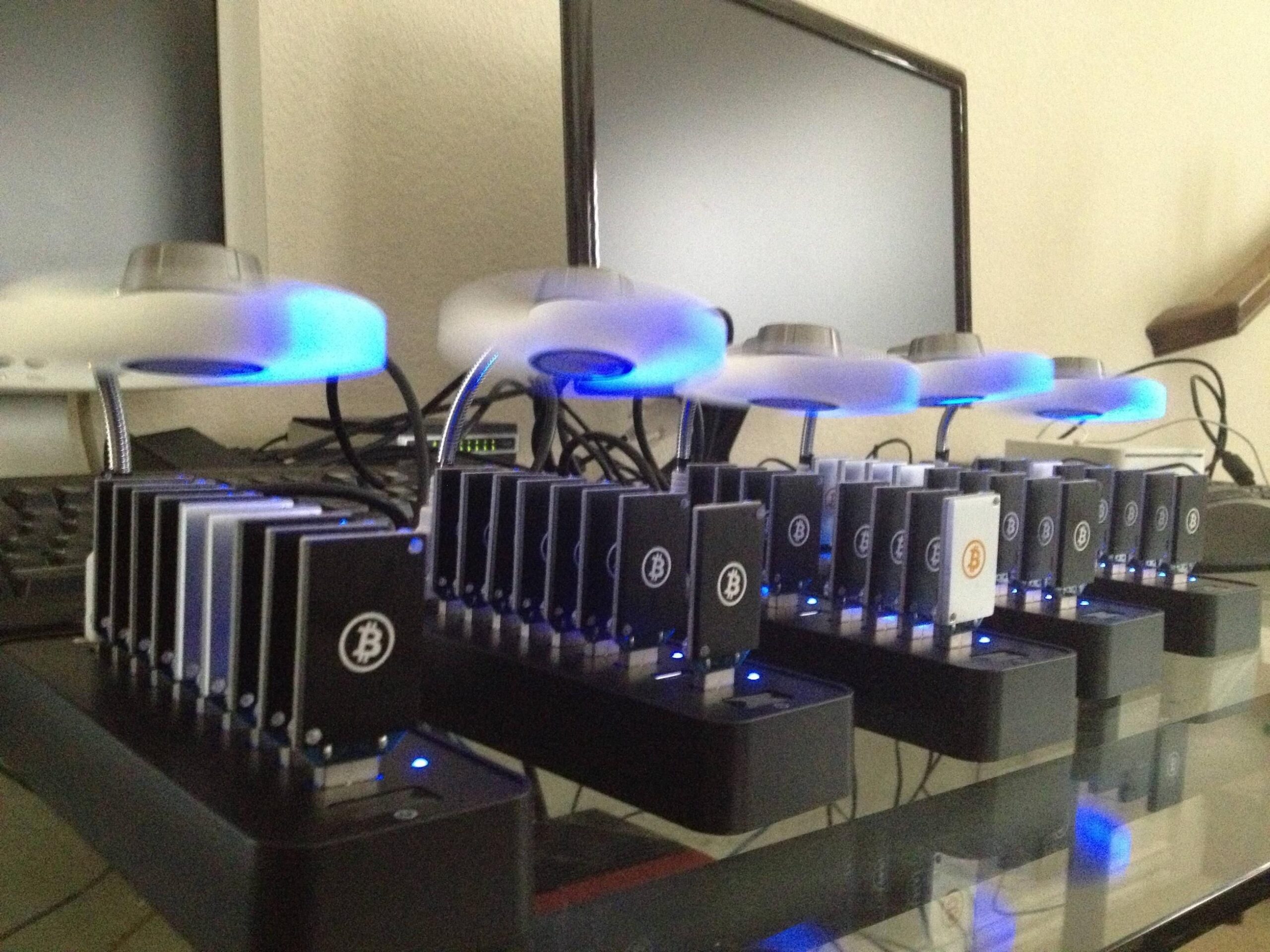 Is a USB Bitcoin Miner Profitable?

The only way to be a profitable miner is to use the most energy efficient mining rigs that have been specifically designed to mine Bitcoin. Such a computer is called an ASIC.

Modern ASICs have a hashrate of at least 100 terahashes per second, which means they are doing 100 trillion hash calculations every single second. Modern mining rigs only use around 19-30 Watts to do one trillion hashes.

For comparison, some USB miners claim a hashrate of 25 gigahashes per second, which is 25 billion hash calculations every second. This is 4,000 times slower than an ASIC, and USB miners do not use 4,000 times less electricity than an ASIC.

Daily returns for USB miners are likely to be a fraction of a cent, as the size of a miner’s payout is dependent on their share of the hashrate in a mining pool.

A USB device cannot possibly compete with ASICs anymore. Anyone stating otherwise is being dishonest and trying to sell something that cannot come close to making a profit.

Some hobbyists may look at USB miners as an accessible way to learn a bit about Bitcoin mining, but know that there is a 100% chance to lose the money invested, and it is an unrealistic experience compared to real Bitcoin mining.

For those interested in mining as an individual, take a look at River Mining. You buy the ASICs and we take care of the setup and maintenance. Through our River app you can monitor your progress and watch your ASIC mine bitcoin directly into your account.

Buying or Building a Mining Rig? What You Need to Know

Bitcoin mining is a competitive industry. How can you ensure you are profitable and what factors influence profits?

Related Terms
Proof-of-Work (PoW)
Bitcoin miners must submit Proof-of-Work in the form of a valid hash in order to have their block be considered valid.
Learn more
Mining
Mining is the process of building the blockchain by adding new blocks one at a time. Most of mining involves finding a valid Proof-of-Work, which is an energy-intensive guessing game.
Learn more
Application-Specific Integrated Circuit (ASIC)
An Application-Specific Integrated Circuit (ASIC) is a special electronic chip built for exactly one purpose. Bitcoin ASIC miners, the hardware devices that contain these chips, are designed solely to hash blocks in order to find a valid Proof-of-Work.
Learn more
Explore More Terminology ›
River Intelligence